Victorious Festival 2015 was our first, and I can assure you it will not be the last! We initially toyed with the idea of leaving the kids at home with a babysitter for the day, but after seeing all the entertainment and activities on offer for the kids, sponsored by Canoe Lake we thought it would be nice to take them with us.

After arriving through the main gate we headed straight to the Kids Arena and were amazed by the sheer variety of kids activities and entertainment that was available. It was big enough to be a family event on its own. There were traditional carousels, fair ground rides, face painting, rock climbing, a play bus, laser shooting, tennis, bouncy castle, magic shows, crafts, a stage for live performances, disco by Ickle Bambino Baby Raves and much more. The icing on this pretty large cake already was the breastfeeding and baby change facilities. Children’s safety was also catered for, with each child being given a wrist band with emergency numbers on incase they got lost. The festival organisers had thought of it all, taking family accommodation and safety to a whole new level.

We spent most of our day in the children’s area, popping out to the stages at intervals. The bands we did see, our five year old demanded we went straight to the front so she could get a better view, having no gig etiquette barging through people to get to where she wanted to be so she could dance and have the best view in the house!

What was brilliant about the Kids Arena was that it was all free! I was expecting to pay £2-£3 per activity or ride, and was pleasantly surprised to not pay anything. Of course, we paid a small fee for the children’s ticket, but this was nothing in compared to the quantity of what was available for families.

Our five year old had her first go at rock climbing. She didn’t quite make it to the top, but for her first ever attempt she did pretty well. Both girls had plenty of goes on the carousel, and got to see the real Mr Bloom on stage. We even got to see Santa Clause on his summer holidays!

There was an activity tent that had all sorts of fun for the kids, and even the parents who liked to think they still ‘had it’, with mini stilts, diablo, balancing beams, plate spinning and much more. My husband showed off his childhood diablo skills, showing our daughter hows it’s done. Our nearly two year was enjoying practicing her balancing skills and our five year old had an attempt with the mini stilts.

The Ickle Bambino Baby Raves was one of my personal favourites, getting us parents involved and playing some of our favourite tracks from our more youthful years and absolute some classics that will get anybody moving. The princesses came to join us on the dance floor, so if it’s good enough for them, it’s good enough for me!

We went on the Saturday and some may say it was a washout, but the weather didn’t dampen our spirits. We came prepared with our waterproofs and the kids were not phased by the rain, they were just overwhelmed with all the activities and were completely wiped out by the end of it all. You know you have had a good day when the kids are exhausted and ready for bed! 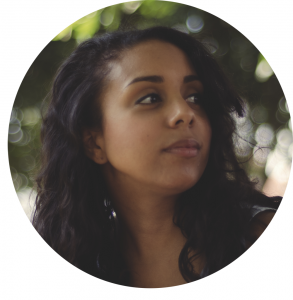 I’m Charlotte, a Southsea resident and passionate about my hometown.

I love the history, culture, architecture, the beach, atmosphere and the creative scene around. Just everything! I’m a local campaigning for and supporting all things local!

I will write about all the things that I love about Southsea, from all things quirky to events, culinary delights, great experiences and anything that represents this amazing seaside town.